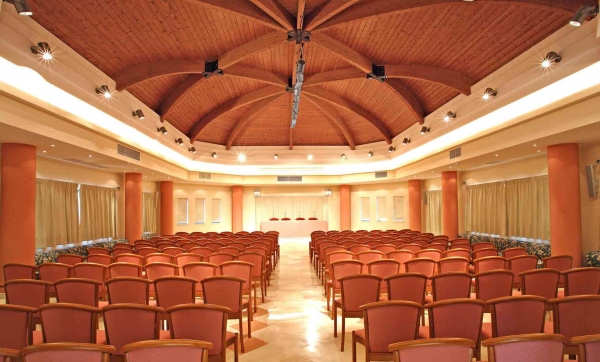 Construction of thirty nine (39) furnished apartments of about 55 m2 each, spanning over three independent buildings within the greater hotel complex area, operating under the ownership of “MARIOS TRIVYZAS PLC”, in Aharavi, Corfu, as well as the construction of a peripheral asphalt road, six meters wide and a network of footpaths, 1.4 m wide between the three new buildings and the connections with the neighboring (existing) buildings. 12Also, reconstruction and expansion of the existing hotel unit’s main building, where the existing areas were reconstructed and additions were made to two levels (basement-ground floor) for the creation of a new restaurant with a capacity of 199 people and a conference room.
Work started in October 2004 and was completed in April 2006.